App-Development: What exactly does that cost?

10 Minutes
posted on February 28th 2020
In use every day, but newcomers often don't know how much effort and resources are involved. An overview of the costs of app development. 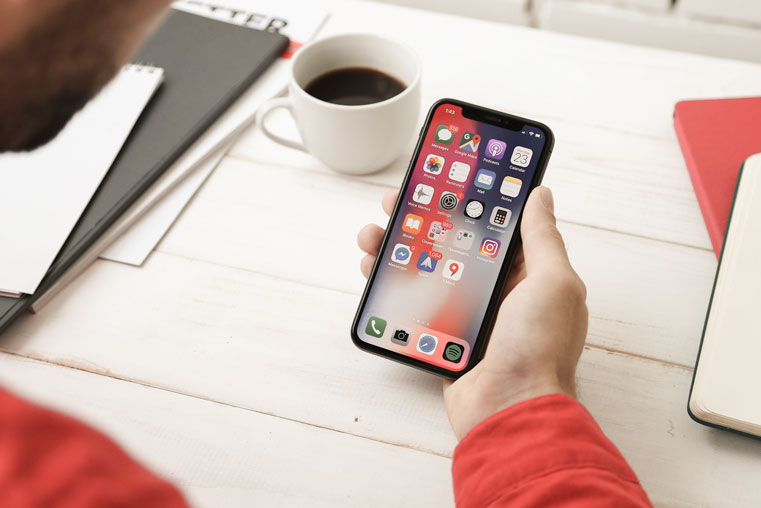 How much does it cost to develop an app or a digital product? Come on! Guess. We'll wait. 10.000€? 50.000? 200.000? We admit: The question wasn't exactly fair. After all, the answer depends on a myriad of factors. The range of functions, the technical requirements, the current state of the software. But let's just stay pithy for the beginning and start with a median number:

Was it less than you expected? More? Did you hit the mark? It's the median of the prize awarded by expert agencies around the world according to ThinkMobiles. According to them, the price for more complex apps is usually between €90,000 and €460,000.

By the way, by app we mean a finished mobile app in this context. Or at least as finished as software can ever be. The price range usually moves up if you include more than one platform (iOS, Android, browser etc.).

But let's not get into the weeds right away. It's easier to grasp if you take an example. Codementor.io has examined some well-known apps. In a detailed blog post they calculate how complex and expensive it would be to reconstruct a Minimal Viable Product (MVP) based on them. They assumed an hourly rate of 130 US dollars.

An MVP means an early version that includes the absolute minimum of the features of the finalised product that are needed for the software and app to work at all. So the scope that Codementor.io has calculated here is only a fraction of the current versions of the applications.

Spotify is around 1,000 hours, Uber as well. In both cases, and also in the cases before, you shouldn't forget about the general business logic of the apps. Spotify and TikTok need the licensed music, Uber needs cars and drivers. All social networks need content from users.

But the numbers at least provide a good overview. The development of a digital product - from UX to hosting, from infrastructure design to the actual development - is complex and expensive. How expensive depends on who you ask.

Angel investor Jason Calacanis explains that the first version of an app should cost between 140,000 and 210,000 dollars. According to Manu Kumar the price for a first stable version is between 90.000 and 140.000 dollars. Other numbers are around 250,000 dollars for Twitterific for instance.

However, the price drops quite quickly if you ask someone else. A large agency or development company with a good reputation will tend to charge a higher price than a smaller company. Freelancers are even cheaper and of course you can also have your development done in-house.

The lower price of freelancers often comes with disadvantages though. Freelancers are sometimes less professional than established companies. Also communication and project management might suffer from the numerous smaller contracts.

If you hire developers yourself, you avoid this, but you have to live with the long-term commitments that come with it. And of course with long hiring processes, because good people with enough experience in development and design are often already hired by others.

An agency solves these problems. It's usually more flexible, communication is easier and the work is usually more efficient due to the expertise available. In addition to the higher price, however, new problems may arise. You should make sure that you can work with the code once the collaboration has ended and ask yourself who is entitled to use the software in the first place. The former can be resolved with planned transition phases and possible training, the latter with fair contracts.

To put a price tag on everything: According to Savvy apps from major consulting firms cost $10 million or more. Larger creative agencies charge between 100,000 and 2.5 million and smaller shops are somewhere between 30,000 and 100,000, at least in the US.

Where do you develop?

That's the next important point: Where is the software being developed? After all, there are big price differences in different markets. Goodfirms gives a good overview.

Not surprisingly, the USA is in the top segment. On average one pays 110-150 dollars per hour there. In the UK, the it'S between 60 and 75 dollars, in the Ukraine it drops to 30-35 and in India it is already 20-30. Important to note: price doesn't have to go hand in hand with quality, but it can.

One thing is clear: if you outsource the development of your own app or SaaS product, you have to expect that communication and project management will become more difficult. Partly because of distance, partly because of cross-cultural and language barriers. You can also expect to be less involved in the process than if you were at a local company.

What will be developed?

Two of the most important factors are cleared up. But one remains: the scope. The rule of thumb here is as simple as it is obvious. The more extensive the software, the more complex and the more features it contains, the more expensive it is. Thinkmobiles breaks this down for mobile apps as follows:

A simple app costs around $40,000 at an hourly rate of $100. It contains no API integration, no back-end, standard UI components, simple features like email subscriptions, social login, calendar etc.

Of course, the numbers and components only serve as an approximate scale, but at least they give a picture. For all those who want to know more, here's Thinkmobiles' approximate scale with common features for a mobile app, again with an assumed hourly rate of 100 dollars:

Don't forget about maintenance costs and other factors that affect the business logic of your app. This should not be ignored as well as costs for project management, design, etc. that are not explicitly mentioned in this list.

In short: The more features an app needs, the higher the price. But especially when developing an MVP, this can be used to your own advantage. If the budget is tight, you can save a lot of money by good planning and a clever approach.

How much was that again?

Back to the starting figure: A mobile app costs around €160,000. At least an app with a larger set of features developed by an expert agency in a country with higher wage standards. But there are cheaper countries and smaller sets of features.

So for an MVP with a minimal feature set in Europe, you can stay within a rang of €50,000. All it takes are proper planning, efficient access and a suitable partnership.

Do you want to know how much it would cost to develop your app or your digital product with the Carrot Way?

Five methods to get honest feedback for your idea
The idea is only the first step. You still have to find out if it's any good.
by Florian Born
How Carrot Seed Makes our Work easier
Our kit for digital product development accelerates the development of every web, mobile or desktop app. Internally we've been using it for some time already. This is how it helps us on a daily basis.
by Florian Born
What car factories and our products have in common
Henry Ford took car manufacturing to the next level back then. We took an example from that.
by Florian Born