What car factories and our products have in common

4 Minutes
Article posted on November 11, 2019
Henry Ford took car manufacturing to the next level back then. We took an example from that. 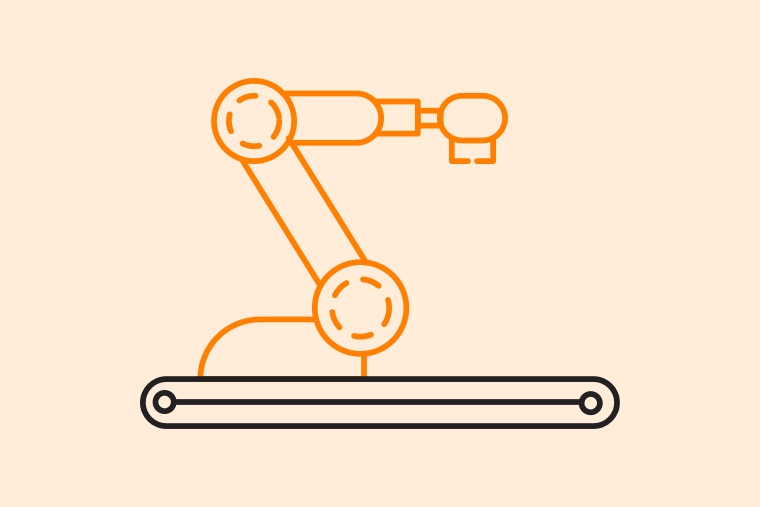 Whoever develops software knows this triangle. 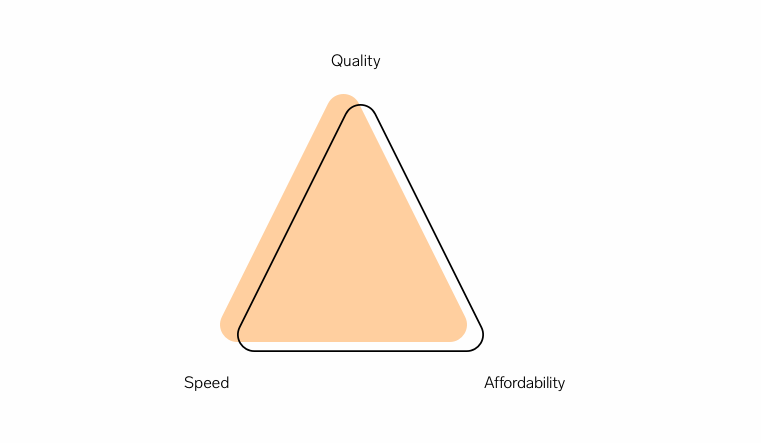 High quality, high speed and a reasonable price are not compatible. You only get one edge of the triangle. It's like a law of nature. Or is it?

The triangle is not limited to software development. Throughout history, it has appeared in a wide variety of industries. Whenever people create something, it is applicable. You just can't be fast, good and cheap. At least not without effort. Not without a paradigm shift.

That sounds more complex than it is. It's just about taking a different look at the work you're doing. After all, you can't solve problems with the same mindset that created them. These are not our wise words, but those of Albert Einstein and history proves him right.

Let's take a look at another technology that was once subject to the triangle: the automobile. More than a hundred years ago, humanity's central mode of transport was still in its infancy. Production was complex, small and exhausting. Although this resulted in vehicles that worked well, they were by no means suitable for the masses. They were too expensive for that.

Anyone who has paid attention in history class already knows what - or rather who - will come next: Henry Ford . He upended the way cars were made. Instead of letting the mechanics go from one vehicle to another, the vehicles came to them. The mechanical assembly line made it possible.

This made the Ford Model T the first affordable automobile for the general population. Henry Ford's method broke the triangle in the car industry. Previously, automobiles were high quality, but also expensive and slowly produced. Now the price sank, the speed increased and the quality remained. All it took was a new approach.

Good old Henry wasn't the first to turn his own field upside down, and he wouldn't be the last. Many used him as an example. Including us. Like Henry Ford, we didn't change the products we develop, but the way we made them. With the Carrot Way.

Over the years we have noticed that many of our digital products required a similar basic set of features. Payment, registration, privacy, search functions; we implemented them over and over again. But instead of getting annoyed, we changed our mindset. And our approach.

We have developed a base system - a foundation - that we can apply to a variety of digital products. Whether it's a fitness app, a platform for artists or a monitoring system for cows. That saves one thing above all else: time. Time we can use to focus more on our customers' needs.

With the invested time the price decreases as well. But that is not our focus. It' s quality. It doesn't drop, but continues to grow. With the Carrot Way we can always guarantee that everything works. How? It worked before the recent project even started.

So like Henry Ford, we didn't change the triangle to bring all corners to one edge. We've got a circle. That has only one edge.

Do you also want to profit from the Carrot Way and get the highest speed, top quality and a fair price in one?

Five methods to get honest feedback for your idea
The idea is only the first step. You still have to find out if it's any good.
by Florian Born
How Carrot Seed Makes our Work easier
Our kit for digital product development accelerates the development of every web, mobile or desktop app. Internally we've been using it for some time already. This is how it helps us on a daily basis.
by Florian Born
Don’t Skip the Foundation or: How to Build a Successful Digital Product
All the things you should think about before you start designing or developing. At least if you want to like your result.
by Florian Born