Processes, studies and new paths: Talking with our client Probando

9 Minutes
posted on December 21st 2021
Manuel Leal Garcia, Co-Founder of Probando about the slow, old-fashioned process of medical studies, about the hurdles of founding a startup and about the new paths with help from Carrot & Company. 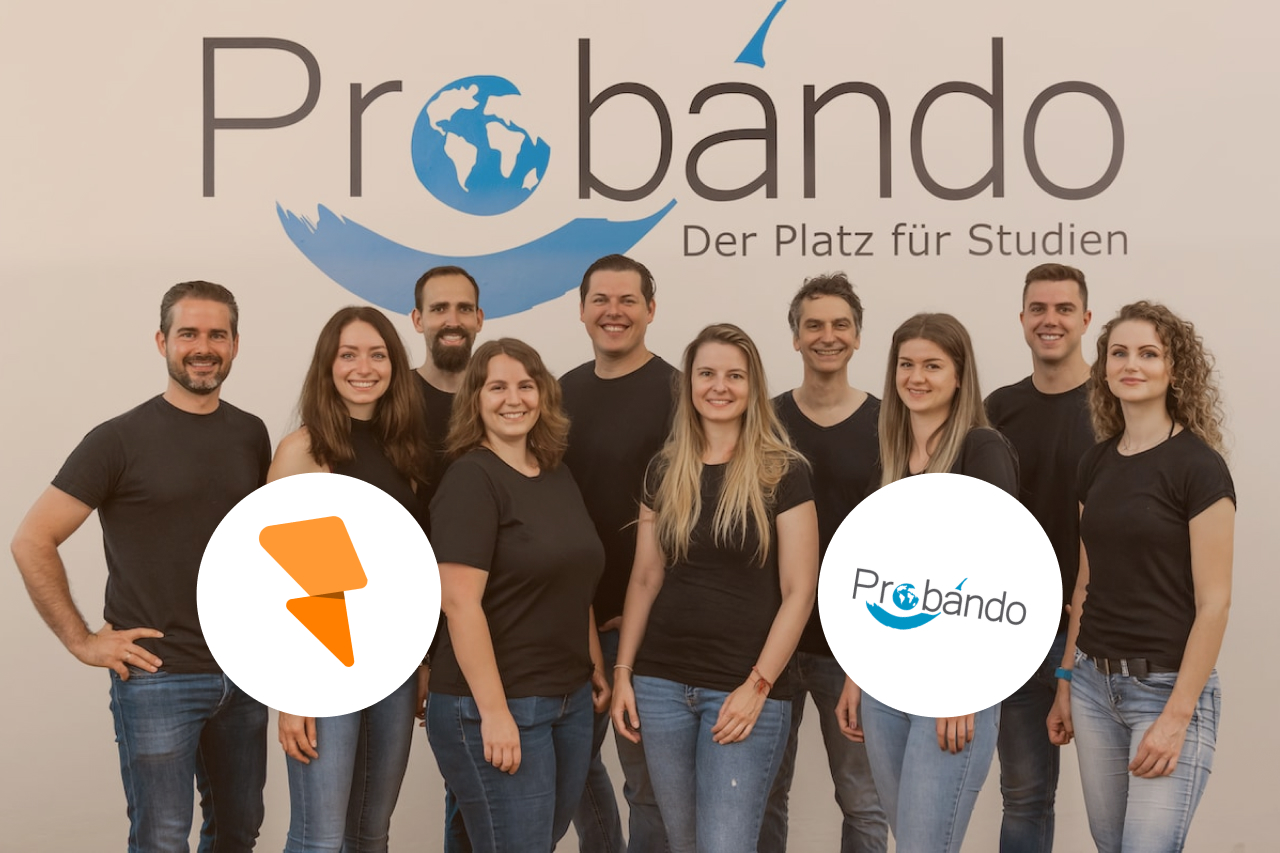 For people who don't know you: What does Probando do?

Probando recruits patients and study participants for all kinds of studies - clinical trials, product testing and now also surveys. We are very good at this and very efficient. (laughs)

Why did you found Probando? What was your motivation behind it?

I studied pharmacy. In 2017, I was in Washington D.C. at an international research congress and somehow all the researchers told me the same thing: They have a hard time finding volunteers or patients for their clinical trials. There is only one way and it is outdated and not very efficient.

I looked into the problem extensively and thought about how it could be solved with a digital offer. That's how the idea for Probando came about. I then talked to Julia Harrer, my co-founder, and told her that we absolutely had to do this.

Out of curiosity: What is the traditional way of finding subjects or study participants?

Most researchers try to recruit patients for studies from the daily hospital routine. In other words, the patient is examined by the doctor and the doctor asks the patient if he or she would like to participate in the study. That just doesn't work very well these days. It's time consuming, people are caught off guard, etc.

“We want Probando to become a complete ecosystem for the research and pharmaceutical industry.”

What is your goal? Where do you want to go with Probando?

We want Probando to become a complete ecosystem for the research and pharmaceutical industry. First of all, we want to make it easier for subjects to access studies and research. Secondly, there is so much catching up to do in the area of properly communicating with patients so that participating in a study can have a positive effect. This is where we are doing a lot of work. We always joke about speaking “patient”.

You speak “patient” ... Does that mean your biggest focus is on the study participants?

Actually, yes. The focus is on the participants and that is what we want to draw attention to with the Probando platform. Of course, it is also very important for us to be noticed and recognised by universities, pharmaceutical companies etc. 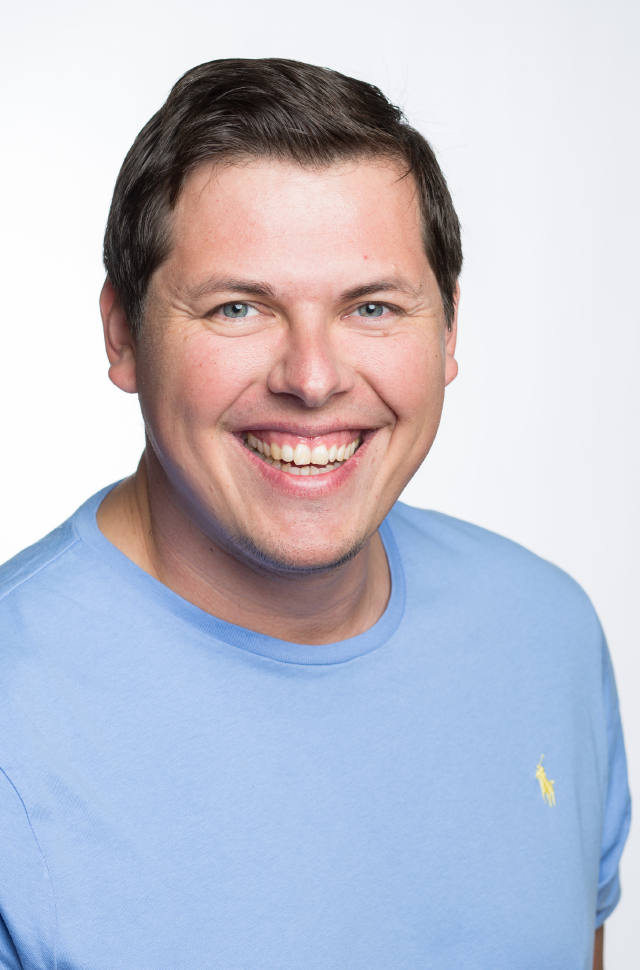 Whew, that changes constantly in a startup ... The first big hurdle was raising the funding. No, wait! Earlier: founding the startup! (laughs) We had the idea in 2017. We worked on the prototype for about a year and a half, and then founded the company in May. So in the middle of the Corona pandemic. So even at this point there were hurdles and we didn't know if we should risk it.

What was the next hurdle? All the pilot customers we had, bailed on us. They were all researchers and they didn't know if they could even do the studies with Covid. So we were on the verge of going bankrupt shortly after we started. We bootstrapped, meaning we invested all of our savings so that we could still continue. Fortunately, the first customer came in September. Not a researcher, but rather the Austrian Traffic Safety Board. They commissioned a survey. That's how the idea came about that we could cover not only medical research but other areas as well.

Then the next topic was: When will we get the first investment? How long can we continue to self-finance? Fortunately, that was in December. And the current hurdles include further developments, growth...

Why did you contact us? How did you want us to help you?

There was a great grant from HTS (Human.technology Styria) for consulting. They asked us if that would be of interest to us. We then evaluated where we could use consulting support. It was a mix of different areas. The biggest one was actually in technology. Not because we weren't strong enough technically, but in the beginning we only had one developer. Now there are more, but we just didn't have the experience of how to properly organise a development process.

We heard from many sources: Carrot & Company is good at consulting and training. So we thought we'd talk to you and see if you'd make us an offer, and that worked out. For us, it was important to establish a process in development and to implement it.

The goal was to establish Scrum in the product team. How do you feel about working with Scrum now?

Very good, actually! It has established itself quite quickly. At the beginning, there were still a few discussions - after all, every process change is also a process, as they say. But then we noticed: It's catching on. People are starting to accept it and use the process. That has helped us enormously in development, in refining and in planning.

What was the process before that?

In the past, I had an idea (laughs), an extension, a feature, and I went to the developers and they had to somehow implement the things. Of course, we were doing mockups and stuff, but there wasn't really a structured process behind it.

In what ways were we able to help you guys the most?

With this mentoring role that you took on, where you also described to us in individual discussions or small group discussions exactly how we could apply the process. Above all, there were always follow-ups from your side. At points, you were really there when we established the process. I think that if we had only received the process theoretically and had had to set it up on our own, it probably wouldn't have worked so well.

There were also meetings with your development team regarding architecture...

That was very good, because Christian Haintz - your CTO - talked a lot about software architecture with them and sometimes also about security issues. We often noticed that we had already thought of many things, but Carrot & Company has much more experience than we do, and with this, a lot of things were pointed out to us where we could fine-tune and optimise.

There was also support for the design team, right? How were we able to give you a hand here?

The whole topic was new for us. We brought in a designer to help us optimise our websites and future developments. It was really great that you had your own design team because we could do training sessions with you. How do you set up the process? How do you create a design system? What needs to be in place here so that the developers can easily use and implement it? This helped us a lot.

We did a branding workshop together. A 3-hour brand sprint. How was that for you?

It was very, very good. It was well facilitated - short and concise in each area - and we had to brainstorm and exchange ideas with each other in order to find a common consensus.

“We always had certain points where we were glad to be able to ask someone.”

Looking back, what were we able to help you with the most?

I think with your experience. We always had certain points where we were glad to be able to ask someone. We are a young company with different personalities and backgrounds. Everyone at Carrot & Company has know-how and experience in their field, which you were able to share with us.

Is there anything we could have done better?

Good question ... No, because for us the whole process was new and as a startup you are also open to new things and we in fact really liked it.

Would you work with us again in the future?

Yes, definitely. We found the collaboration to be really great and very good for us.

Do you also want to work with us?

Five methods to get honest feedback for your idea
The idea is only the first step. You still have to find out if it's any good.
by Florian Born
How Carrot Seed Makes our Work easier
Our kit for digital product development accelerates the development of every web, mobile or desktop app. Internally we've been using it for some time already. This is how it helps us on a daily basis.
by Florian Born
What car factories and our products have in common
Henry Ford took car manufacturing to the next level back then. We took an example from that.
by Florian Born