Five methods to get honest feedback for your idea

6 Minutes
article posted on December, 20 2019
The idea is only the first step. You still have to find out if it's any good. 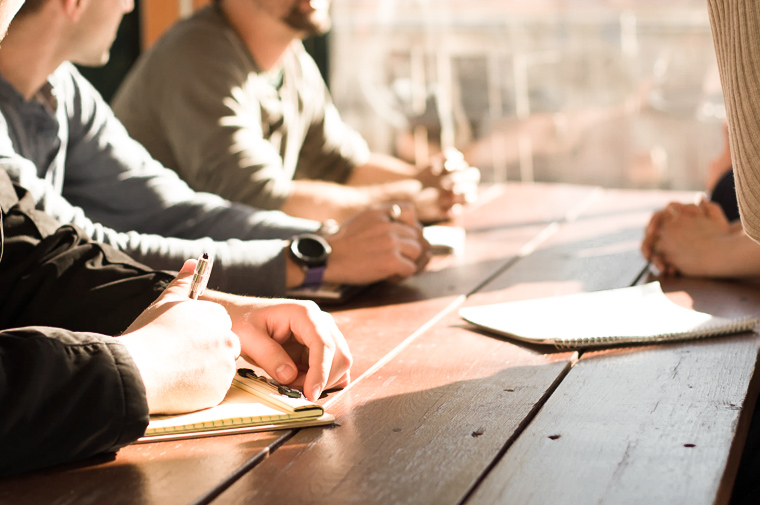 All of a sudden it’s here. In the shower, while drinking coffee, or in a meeting that was actually about something else. The idea. And not just any idea, but the one. The one idea that could really set off. You are convinced it will.

But an idea alone won't help unless you know whether it could really succeed. What you need is feedback. Honest, constructive, unveiled feedback. You need to know what you should be working on, whether anyone is interested, or whether you should abandon the idea before burning your fingers.

But where do you get this mysterious feedback? How do you actually get helpful and honest answers? We have summarised five methods for you:

The first logical step is to [talk to people] (https://startups.co.uk/10-sources-of-feedback-on-your-business-idea/) you trust. These can be befriended enterprises or people. But you can also take the courageous step of addressing the issue during the Christmas family chaos.

If you don't want to ask directly, you can also write a fake press release for your idea and send it to selected people. Including a link to an anonymous survey with tools like Survey Monkey or Smart Survey .

In any case, you should be careful who you really want to ask for an honest opinion. Some people will be against it anyway ("Who needs something like that?!"). Some will support every step you take. That doesn't mean that there can't be valuable content hidden in it. However, point two is a little more objective.

2. Strangers on the Internet

The good thing about feedback from strangers on the Internet : You can be pretty sure that they will give you an honest opinion. This works great on various subedits, in Facebook groups, or elsewhere.

But there's a catch here as well: You don't know the people whose opinion you get on these platforms. So you don't know anything about their experience with your topic, their qualifications or their personal relationship to it. Maybe they are not familiar with it or, in the worst and most pessimistic case, have an interest in slandering your idea. In such cases, hard facts may help more.

A landing page can offer this. Set it up and place Google or Facebook ads on it. This will tell you not only if there is interest in your idea, but also who is interested.

Your best allies with this strategy are analytics tools and the average click-through rate of your industry ( Facebook-Ads , Google Ads ). Do not simply leave the data as it is, but use it and compare it. Clicks and newsletter subscriptions from your landing page may seem low, but could be above average for your industry standard.

Pitch your idea to all who have an open ear for it. Go to startup meetings in your city, meetups or sign up for mentoring programs. And then get feedback from everyone.

For larger groups in particular, you can also use audience response systems such as feedbackr to get anonymous and honest answers on the spot. This usually results in more responses than direct replies.

Whether it's Startup Incubators , a big grant , or a loan, applying for these things has several advantages. Certainly, there is the possibility that you can actually get it, but you can also benefit if you fail.

You can ask why exactly your idea didn't convince and work on the weaknesses. In addition, these applications force you to deal with some tricky questions that you may not have thought about before.

Alternatively, crowdfunding could be an option for you. Put your product on Kickstarter or Indiegogo and see if the idea finds approval.

Most important: the right people

No matter which way you choose: Try to get feedback from the right people. Identify your target audience as early as possible and find a way to reach them directly. Only the people within it can really tell you what they want.

And when you got feedback, don't just leave it alone. Try to deal with it in earnest. With the good and the bad and also with the people from whom you got it. Is this fun? No. But only in this way can you make sure that the idea actually sets off. Worst case: you can pull your hand away before burning your fingers.

Do you need honest feedback for your idea? We're happy to help.

How Carrot Seed Makes our Work easier
Our kit for digital product development accelerates the development of every web, mobile or desktop app. Internally we've been using it for some time already. This is how it helps us on a daily basis.
by Florian Born
What car factories and our products have in common
Henry Ford took car manufacturing to the next level back then. We took an example from that.
by Florian Born
Don’t Skip the Foundation or: How to Build a Successful Digital Product
All the things you should think about before you start designing or developing. At least if you want to like your result.
by Florian Born