9 Minutes
posted on August 11th 2021
felloz co-founder Raphael Marton, about working with charities, about streamlining the donation process, raising efficiency with Carrot Seed and about how small organisations will benefit from felloz. 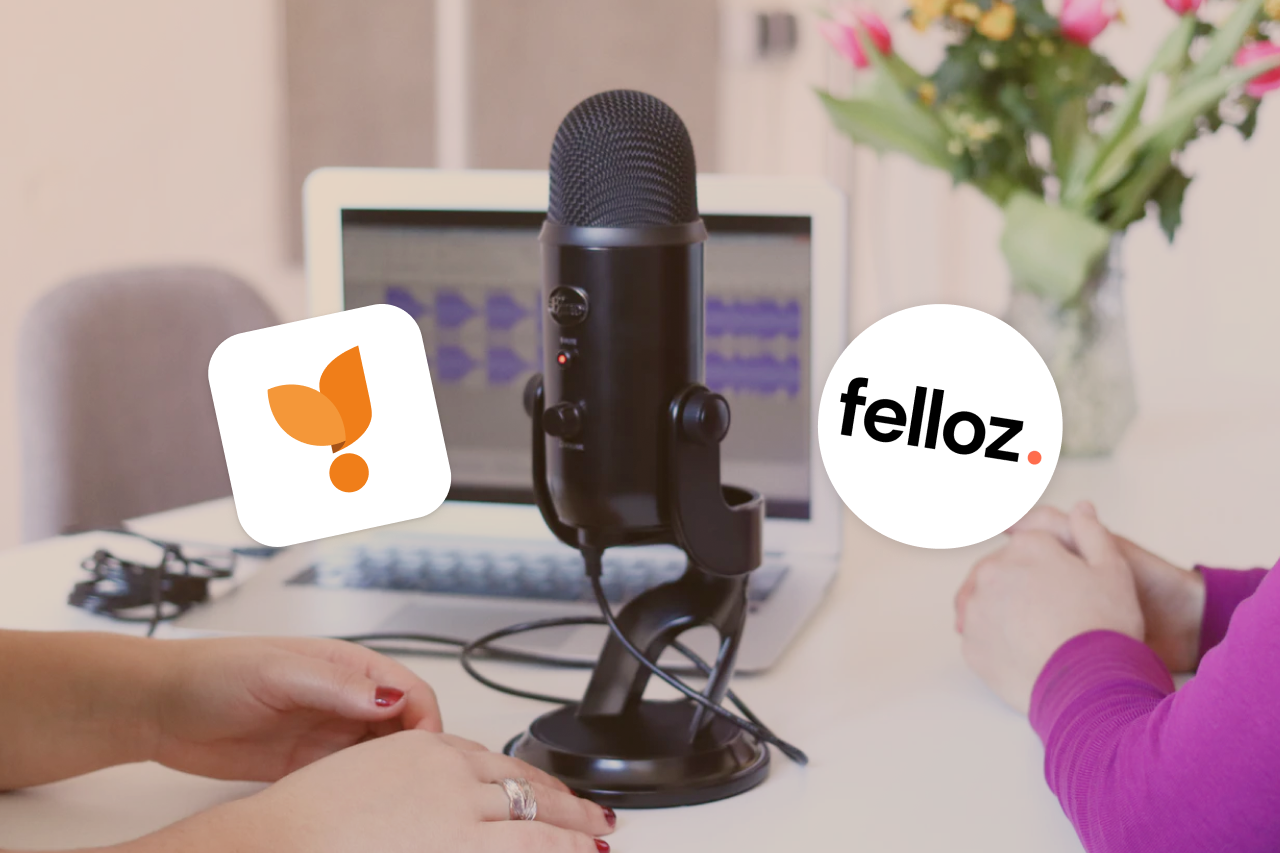 We digitize the donation process for charities. From approaching donors, to handling donations, to converting individual to permanent donors. Our core product is a white-label donation app.

How does it work?

We have the basic structure of the app and adapt the design so that NPOs such as the Red Cross or Caritas can present themselves with their brand and consequently retain donors more easily. Each organisation gets its own app. But we have optimised the basic structure over months so that it converts really well.

Why did you develop felloz?

I was a fundraiser myself during university. That's when I saw a lot of need for automation and personalisation, to digitise that and make it more affordable for organisations, and especially to enable capital for small NPOs.

Where do you want to go with felloz?

We want to become the tool for nonprofits worldwide to fund their projects. Currently, we are targeting the very big ones because whitelabeling is very costly when it comes to onboarding. But our second and third products will also provide funding options for very, very small ones.

That's our vision: to help small NPOs grow, so that one day, for example, a talented technician doesn't think about going to Google, but maybe starts their own NPO and brings their skills to the people this way. 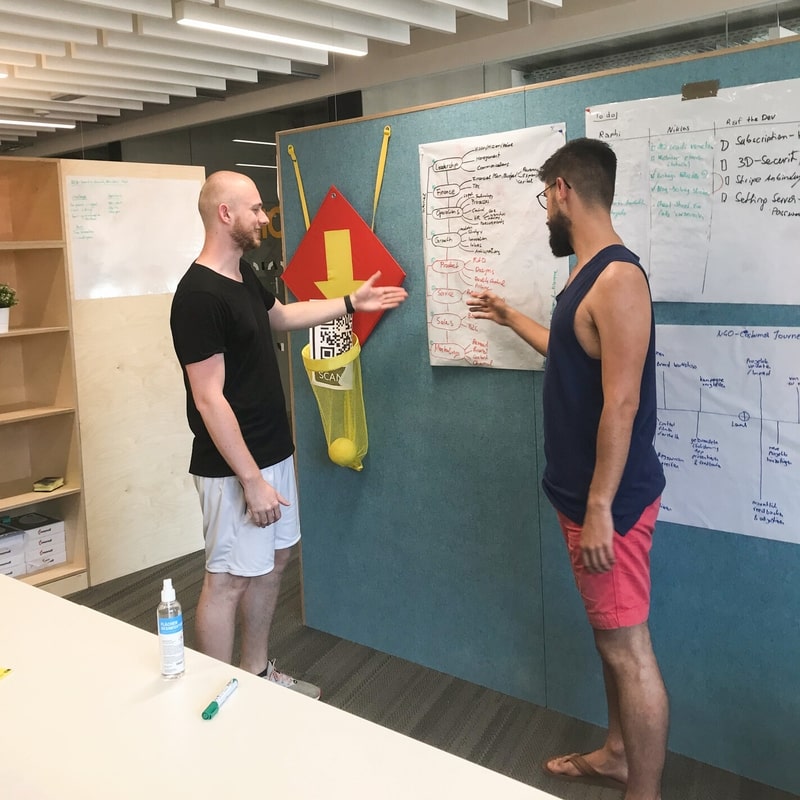 And how did you get to where you are now with felloz?

We started with a simple idea: social media for organisations. During Gründungsgarage, we figured out it would be more clever if we had a technical core and weren't just a classic agency. Especially because we also want to control how donors interact with the project. Then we said: Okay, an app sounds good. Also because Unicef already does that. So there was some substance to our thoughts.

“I have to commend Carrot & Company for taking hours and hours for us and filling in missing documentation with workshops and hours of meetings.”

On the one hand, very rewarding. For instance, we worked with a Caritas project on fundraising for an emergency shelter for young people. We were actually allowed to be on site and record material.

On the other hand, NPOs are often huge companies. Bringing in innovation and completely new tools is challenging. And of course, as a startup, it's always difficult to work with big companies. You always have to show that you can do what you claim. But we keep showing that it works, and that's how we build trust.

Why did you choose to work with Carrot Seed?

Our programmer was especially strong in the frontend. But on the backend, we needed a little help. That's where Carrot Seed was a good framework. We needed it mostly for our server architecture and the backend. We wanted to save time there, because we couldn't hire two developers at the same time. So it was a question of efficiency, if you will.

And were you able to increase efficiency?

Partly. Carrot Seed is still in its early stages and we struggled with the documentation. If you don't come out of the backend entirely, then you need the support. But I have to commend Carrot & Company for taking hours and hours for us and filling in the missing documentation with workshops and hours of meetings. That made up for it. So, big kudos towards customer support. Also, what we wanted to do is working now. So from that point of view it was also effective and therefore an asset for us.

What was the biggest challenge with felloz?

Maintaining the standards that you set and that are expected by the market with the small resources at the beginning. We set ourselves higher quality standards than usual because we deal with donations and you only get one chance to interact with customers there.

Can you give us a technical overview?

We are developing the frontend interface using Angular. It' s always been our requirement to be able to work on iOS and Android at the same time. That's why we chose the framework and also programmed everything so that we don't have to do both natively. 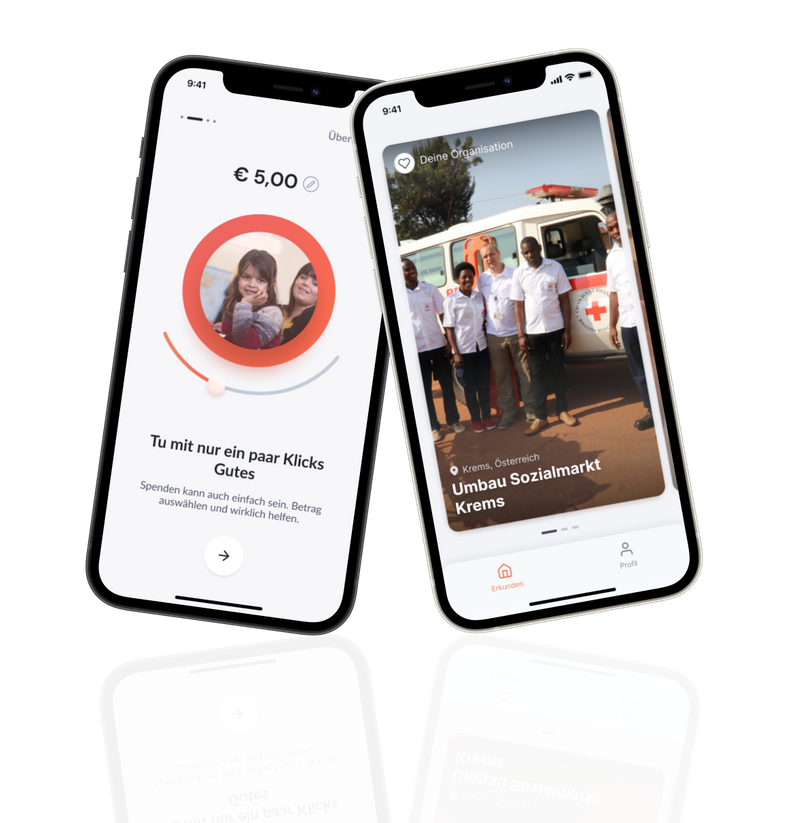 How does felloz work from the user's point of view?

You become aware of an organisation through social media advertising. You download the app and there you have the option to make a micro-donation. Between 50 cents and 2 or 3 euros. Once you've donated, you'll see "story updates" about the projects so you can see that something is happening. After that, there's the option to become a subscriber with one click, so you can regularly engage with donations and get portioned updates there as well, so you're never overwhelmed with information and can see how much impact you've already made.

In an initial meeting, we discuss what your goals are as an organisation and then develop an appropriate brand for you. This brand will always be front and center on the social media channels we find most appropriate for your target audience. We publish your branded app it the app store, do all the technical handling and the donor support by providing them with the content we get from you as an NPO. This takes just under a month and a half from initial contact to publication.

“We specialise in charities. Because donations for charity fundraising projects need to be handled differently than normal Kickstarter projects.”

As an NPO, why not just go to Patreon or Steady?

You're very very welcome to do that. But if you go there, you won't find organisations like Engineers without Borders. Patreon, for example, is about the vision of enabling artists to make a living. Which is great! But specification is an issue. We specialise in charities. Because donations for charity fundraising projects need to be handled differently than normal Kickstarter projects.

How long would it have taken you guys to launch felloz without Carrot Seed?

Probably 3 months longer. We would have had to find contractors to help us with the backend. But it worked without them and all in all it was a financially wise decision to work with Carrot Seed.

What's next for you?

We will introduce the first pilot customer in July. Then we can show the market how well it all works. We will then do the same with two other pilot customers. Not only in Austria.

”I would recommend Carrot Seed. I already do.”

What would the world be missing without felloz?

The donor side would be less represented in the donation process. Even if organisations don't like to hear that they come second to us. We are primarily focused on donors. We are convinced that everyone benefits when they are satisfied. We're all about making the donation experience as good as possible. Even though it may hinder our growth a bit, we are happy to accept that as long as the donors are satisfied. That way we don't have donors, we have fans.

Would you recommend Carrot Seed to others?

As soon as the small problems have been solved, very, very gladly, because you are a great organisation and do good work and because I also know that a product always has a few problems in the beginning. But yes, I would and I already do.

The 8 steps towards your SaaS product
You have the perfect idea for a saas product but don’t know how to get started yet? We have the perfect guide for you.
by Florian Born
Snowboards, GraphQL and Coaching: In dialogue with our customer Blue Tomato
Andreas Augustin, Head of Digital Customer Experience at Blue Tomato, on external team leads, on the early focus on a great online experience and on making making a virtue of necessity.
by Florian Born
GraphQL and Angular: using the right option for managing remote and local state
What are the options when you want to have a local state? How can it be integrated with Apollo? What does Akita bring into the game? We give an overview of the possibilities.
by Arian Skoki